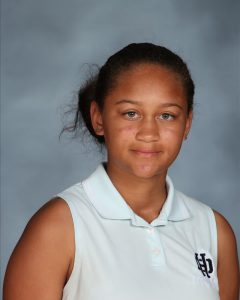 Zaria was a key contributor to the success of the Darby Girls Golf team this fall. In an incredibly tough division, Zaria played her way to 1st Team All-OCC Cardinal Division honors, finishing 4th overall in the OCC standings. Zaria led the team in both 9 and 18 hole averages, with a 41.1 9-hole average, and 82.3 18-hole average. In addition, Zaria, along with her classmates Aimee Hayes and Lexy Aurand, were all individual qualifiers for the District Tournament, taking all three spots from their respective sectionals, a feat that had never been accomplished to date in Girls Golf in the Central District. Zaria led the 3 Panthers at the District Tournament, shooting an 83, good for a tied 17th finish! Amazing season Zaria! 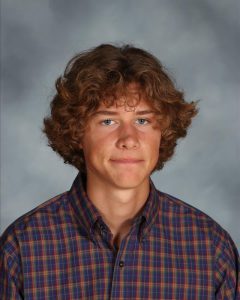 Jake Long has led the Darby Boys harriers all season. At the OHSAA Division 1 section 1 race held at home, Jake led the team as the number one runner. His efforts earned him All-Central District placing 18th overall and earning a trip to the Region 3 Championships. Jake will be the lone representative for Darby at the Regional meet held at Pickerington North on Oct. 30th. Congratulations, Jake on being selected Darby’s Male Athlete of the Month for October.