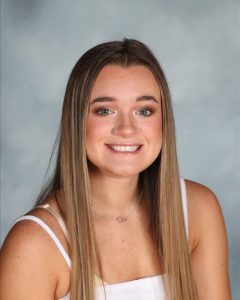 Kyrin Enneking is Athlete of the Month for May.  Ky is a senior that bats clean up and plays 3rd base for the softball team.  She has made incredible plays all season at 3rd, but really turned it up during the postseason.   She made a number of plays at 3rd during the first tournament game.  However, it was during the second round game at Mt. Vernon where Ky showed off the leather.  She made 5 incredible plays to keep Darby close against a very good team.  The Mt. Vernon coach even made multiple comments about her play. Kyrin is also a leader off the field maintaining a GPA over 4.0. Congrats Ky on being named Athlete of the Month. 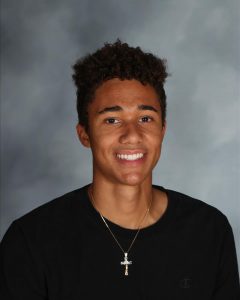 Alex Smith has had a tremendous May so far. He broke the school record in both the long jump and the 200m dash. His 24-11.5 effort at the OCC championships is the 3rd longest jump in the history of Ohio, placing one spot above the great Jesse Owens. His 21.20 time at the OCC finals is the top wind legal time in the state currently and broke the school record by over .5 seconds. Alex was OCC Champion in the long jump, 200 and 4×100. He was district champion in the long jump, 200 and District runner-up in the 100 and 4×100. He is currently the top ranked long jumper in the state and in the top 5 nationally for wind legal jumps. Alex also is a leader in the classroom with a 4.275 GPA. Alex plans to attend Indiana University where he will continue his academic and track career.