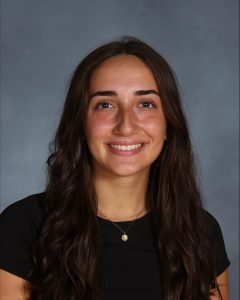 Bella Molinaro has been a major part of the Darby wrestling team for 4 years. She is the head varsity stat for the wrestling team serving almost like an assistant coach. She does a tremendous job helping us run practice, tournaments, and duals. Her daily hard work is noticed and appreciated by everyone. Not only is Bella a major part of the wrestling team, but she also participates on the Darby varsity softball team. Bella is also an excellent student earning all A’s the first quarter this year. Congratulations, Bella, on being named November’s Athlete of the Month. 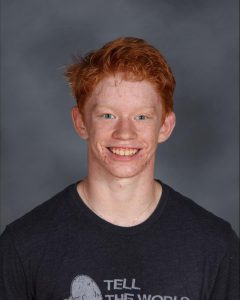 Nate Morris was a tremendous off-season leader this year for the wrestling team. So far in this very early part of the wrestling season, he has been the heart and soul of the team. On November 23rd, Nate represented Darby well by being nominated and winning at the Central District All-Star Meet. He is a returning district qualifier, and this will be his 4th year on varsity for the Panthers. Nate is also a great student receiving all A’s the first quarter. Congratulations on being named Darby’s November Athlete of the Month.