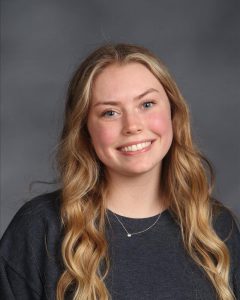 Jordyn Anderson had an incredible senior softball season.  She was a leader for our team.  Not only did Jordyn pitch extremely well for us, but she hit 6 homeruns. In the circle she finished the season with an ERA of 1.8 and led us to 3 tournament wins and a district runner up.  By having the season that she did, she was awarded 1st team all-conference and voted player of the year.  Her awards did not end there, she also earned 1st team all-district and 2nd team all-state.  She will continue her athletic career at Lake Sumter in Florida. Congratulations Jordyn on being named May’s Athlete of the Month. 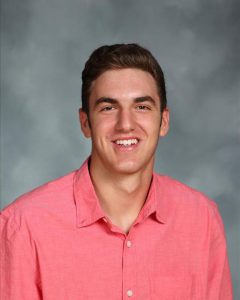 Congratulations to Darby Baseball player, Andrew Patrick on being named May’s Athlete of the Month. Andrew is our senior pitcher and shortstop and was named OCC-Cardinal player of the year, 1st Team all-league, and 1st Team all-district.  Through 10 games in May, Andrew at the plate has hit .576, scored 14 runs, stole 13 bases, and hit 10 doubles.  On the mound in May, he won 3 games with 0 losses, 1 Save, and has a 0.67 ERA. This Wright State baseball commit helped lead the Darby baseball team to its 6th consecutive OCC League Championship. Andrew is a true leader in and out of the classroom, graduating with over a 4.0 GPA, and has been a valuable Member of Darby Baseball.