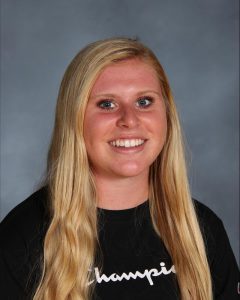 Mia’s incredible senior track season started off with an all-time best and 4th best mark ever in program history in the 800m run with a time of 2:18.63. She is currently less than 2 seconds off breaking the school record, which is currently held by her sister. Mia is a senior captain who not only leads by example but sets the tone and the culture for the girls around her. When someone on the team needs to speak up, Mia is the one who leads. Mia also attended the prestigious Wayne Invitational, with over 80 teams, and finished 4th in the 800. Mia is currently ranked 4th in the state for the 800. Join us in celebrating and congratulating Mia as April’s athlete of the month! 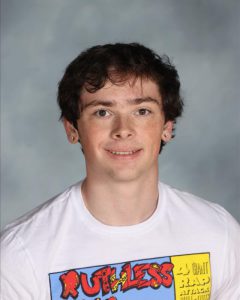 Max Movshin has been a supreme leader all season. Combined with winning 68% of the face-offs he has taken (good enough for Top-10 in the state of Ohio) and 22 groundballs, Max has also exemplified what it means to be a Senior Captain on a team. He leads by example, holds his teammates accountable, and treats players, coaches, and officials with respect. In the month of April, Max won 65% of his face-offs, led the team in groundballs with 16, contributed 4 points, and also added leadership and physicality on defense. Congratulations on being named April’s Athlete of the Mont