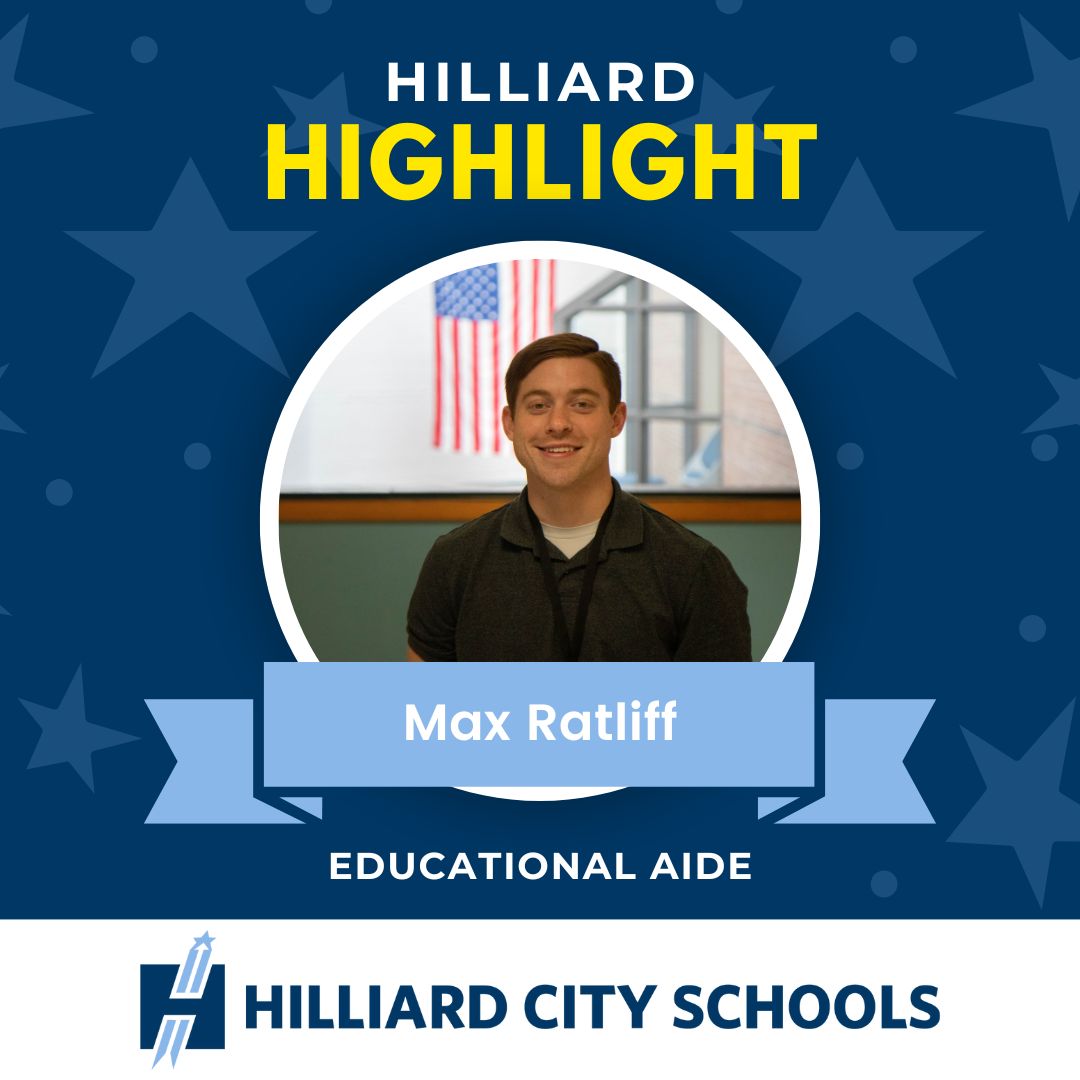 Hip surgery at 26 years of age isn’t something most people expect to happen to them. Thankfully, when it happened to Max Ratliff last year, despite being new to the Hilliard Schools family, they were there supporting him every step of the way.

While he ran in high school (which he attended right here in Hilliard) and in his time in the Marine Corps, he found it simply as a means to work out. It wasn’t until going through an identity crisis after leaving the Marines that he truly fell in love with it.

“I found the thing that makes me feel alive; that I aligned my life and each week around,” he said.

Between March 2021 and March 2022, he ran 1,000 miles, ultimately hoping to compete in an ultramarathon. Until he received the news that he hadn’t rested his body enough and he was headed for the operating room.

That was in July of 2022. The following weeks and months were one of the most difficult periods of his life. But only six months removed from surgery, he ran 60 miles in December.

As an educational aide and assistant coach for the boy’s soccer team at Darby High School, he hopes he’s been able to share some of the lessons he’s learned throughout his experience with his students and athletes. Namely, listen to your body. He said no one knows your body better than you. If you’re pushing yourself too hard physically or mentally, speak up.

Additionally, he said, “For my athletes especially, I hope they are learning the joy of accomplishing difficult things. This carries over into everyday little things.”

Mr. Ratliff joined the Hilliard team two weeks shy of the end of the 2021-2022 school year but said it feels like coming home. He and his siblings attended Hilliard Schools, and his family’s home is within throwing distance of Darby High School.

His favorite part is interacting with his former teachers on a professional level. He also loves working with kids in whom he sees so much of himself.

“I tell them all the time that if I had someone like me pushing me in the ways I push them when I was here, I would have fulfilled so much more of my potential at a younger age,” he said.