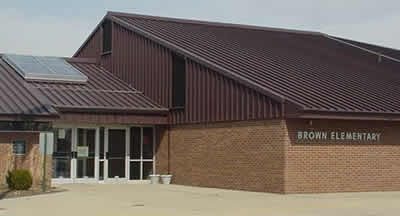 You can still see the original outside brick wall of the 1965 annex as you stroll through the halls of Brown Elementary.