Weaver’s chapter of National Junior Honor Society is kicking off this year!

This internationally accredited association is based on five basic pillars: Character, Citizenship, Leadership, Scholarship, and Service. In order to join, you have to demonstrate that you can meet all of the requirements on the application and complete all of the volunteer hours. Stop by Ms. Duncan’s room downstairs or scan the QR code found on the poster across from the Media Center or Mr. DeChant’s room to learn more!

Mrs. Fout is offering a chance to show your creative side with a few October Contests.

The first is the “Decorate a Ghost Contest.” If interested, get a coloring page from the Media Center and decorate your ghost to look like a character from a book, movie, or show. Finished ghosts are due to Mrs. Fout by October 25th. The second contest is to write a scary story in two sentences. The stories must be original (your own work), exactly two sentences, school appropriate, and submitted using the QR code on the contest flyer by October 26th. See Mrs. Fout in the Media Center with any questions or to enter the contests.

Boys interested in playing basketball at WMS, there will be open gyms every Monday and Thursday from 6-8pm @ Weaver, starting tonight through October 20th. Again, this is 6-8 pm on Monday and Thursday nights. Also, please scan the QR code on the poster across from Mr. DeChant’s room upstairs or Room 175 downstairs for more information and to fill out the registration form for try-outs. All players who plan on trying out also need to register on FinalForms and have an updated physical.

Students interested in joining the WMS Wrestling team, optional conditioning begins in the Aux Gym on October 24th from 3-4:30 pm. The first practice is on October 31st from 3-5 pm, also in the Aux Gym. To sign up for the team complete Final Forms and scan the QR code for extra information for the coach the Wrestling flyer is  across from Mr. DeChant’s room or the Media Center.

Battle of the Books Book Club

Those who are interested in testing their knowledge of books and spending time with fellow readers, consider joining the Battle of the Books Book Club. Members will meet once a month during lunch periods, and the Weaver teams will compete against the Heritage and Memorial teams in May to see who knows the books the best! Students can join individually or in teams. For more info, see Mrs. Fout in the Media Center.

Picture Make-Up/Retake Day will take place on the morning of Friday, October 7th. If you missed picture day go to www.shop.hrimaging.com.

Interested in joining this year’s WMS Yearbook Club? If so, you could be a part of creating the 2022-2023 WMS Yearbook! To learn more, scan the QR code on the poster found outside of the Wildcat Room  or in the lunchroom on the stage and fill out the survey. More information to come. Stay tuned!

Please make sure you and your parents go into Final Forms and sign up for the winter sport that you want to try-out for.  The Fall season is almost complete and winter season is just around the corner.  We have very few athletes signed up in Final Forms for some of our winter sports.   Thank you!

If you love video games, consider joining the WMS/HMS Cybercats Video Game Club. Weaver and Heritage team together to create the Cybercats. During meetings, members play video games and bond as a team. We hope to have a Minecraft Realm and a Mario Maker Challenge this year. Come to any of the meetings you are able to attend! There is a Canvas course for the club, which has all info, including meeting dates. Please see Mrs. Muzzalupo with any questions. To register for the club, scan the QR code on the poster found across from Mr. DeChant’s room upstairs.

Last week the girls tennis team swept Dublin Sells, winning all 5 courts in straight sets! Winning on singles courts were Mackenzie Kline, Taylor-Marie Kenz and Aarini Patel. Olivia Lewis and Mischa Haworth won at 1st doubles, with Julia Hughes and Alyssa Lundy winning at 2nd doubles. Weaver also hosted Wellington on Thursday. Mackenzie Kline won her 1st singles court, while Taylor-Marie Kenz and Aarini Patel teamed up for a 1st doubles win. We ran multiple variations of exhibition matches as well, getting lots of court-time in for both teams. The Cats finish out their season this week, starting tonight at Dublin Davis, then at home Tuesday evening hosting Dublin Karrer. Come out and support the cats!

The Weaver gymnastics team competed against McCord and Tri-Valley on Saturday, October 1st.  Strong performances were made by Alyssa Wheeler on floor, and Emma Bly placed 4th on vault and bars, 3rd on floor, and 4th in the all around.  Great job girls!

Last week, the Girls’ Flex Volleyball team beat Marysville Bunsold.  Avery Puffer and Adalyn Nadler led the team in serving aces in the first set while Leah Barrickman had several in the second.  Selah Wellman and Kelsey Hickman kept the momentum going with some great hits at the net.  This win against Marysville kept their winning streak alive at five!. Then on Thursday, they took on Heritage. Jade Studer gave the team a lead by scoring several aces, allowing the Cats to win their first set. After the Cats lost the 2nd set, Avery Puffer rallied the team from behind, but the Cats ultimately ended up losing in the 3rd set. Addison Casto and Vivian Tangman showcased powerful serves against Heritage. Leah Barrickman, Kelsey Hickman and Jane Lightfoot showed incredible agility in their passes. Isabella Holdridge had several great sets to teammates. Their hard fought loss against Heritage ended last month’s winning streak, but they girls are determined to finish strong with 2 remaining games this week! Go Cats!

The 8th grade football team finished their season by defeating Dublin Davis, 26-6.  The Cats were led on offense by Noah Johnson, who scored 3 touchdowns and converted a 2 point try.  The defense was led by Drew Osborn who had an interception for a touchdown.  Luke Bradley and Braden Gessells also had interceptions on defense.  Elliot Ringger recorded a sack in the game as well as Avery Browning and Declan Griffin who combined for a sack.  The coaches are very proud of the improvement this 8th grade team has shown from last year.  Good luck to this group as they move on to Davidson next season.

The 7th grade football team picked up another TEAM win last Wednesday night, defeating Dublin Davis 46-16.  The Cats have been on a roll, scoring 92 points in their past 2 games.  Scoring for the Cats were Liam Price, Miles Mason, Holten Brown, and Aiden Kattenhorn. In addition, the defense played a great game, and both Carson Long and Brayden Moore had interceptions taken back for touchdowns!  The Cats look to sweep the Dublin football teams this week as they travel to Dublin Karrer for their final game of the season Wednesday night.

The Weaver Boys Soccer Team finished the regular season with a 6-3-4 record. Last week, the Cats tied Jones and defeated Heritage. Against Jones, Sebastian Sanchez scored with an assist by Liban Ionno. And Liban scored one himself, assisted by Aria Safa. Against Heritage, Liban Ionno scored early to give the Cats a 1-0 lead, and Albert Gutierrez scored his first goal of the season, with the assist by Tony Bowers. Then Liban scored again, but the Panthers tied the game late.

The Cats pulled out the victory though, as with 20 seconds left, Sebastian Sanchez scored the game winner, assisted by Aria Safa. The win made the team Dairy Queen celebration even sweeter! The Cats will play in the tournament at Wellington this week. Good luck boys!

The Weaver girls soccer team concluded its regular season with a 7-3 record by winning both matches this past week. On Monday evening they hosted rival Jones and won, 1-0. Kate Bidlack scored the Cats goal in the first half. Olivia Sykes went the distance in goal and secured the shutout. Last Thursday, the girls beat Heritage after struggling early on. converted a penalty kick. Lucy Drobik scored in the first 90 seconds of the second half and the Cats

dominated play from thereon. Kate Bidlack scored the second goal after a battle in the Panther box and Avani Harris finished the scoring with a left-footed strike on her birthday.

The Weaver Boys Golf Team played in the Hilliard Cup Thursday against Heritage and Memorial. Heritage won the event with a 191 score and Weaver came in second with a 203.  Memorial placed 3rd with a 209.  The Hilliard Middle School Girls team placed 4th. 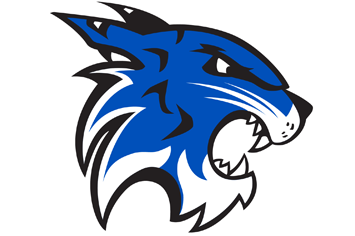