Raised in Solon, OH, Kelsey D. Burkett is a 2006 Graduate of Capital University, where she majored in Music Education and served as the alto section leader in the renown Chapel Choir.  She completed her Masters of Music in Music Education and Kodaly Certification from Capital University in 2019. In her 14th year of teaching, she has gained a passion for the developing voice and middle school singers. 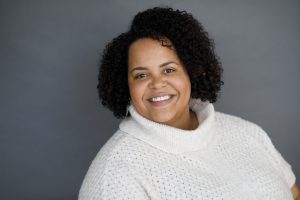 Currently she serves as the Director of Choirs at Hilliard Memorial Middle School, where she directs the 7th Grade Treble Choir, 8th Grade Treble Choir, Blue Notes, and the annual school musical.  Choirs under her direction have consistently received Superior and Excellent ratings and Grand Championships at the District, State, and National Contest levels.    In June 2016, the MMS Choirs made their Carnegie Hall Debut as a part of the Songs of Inspiration and Hope Concert under the director of Mrs. Lori Loftus.

Ms. Burkett maintains an active singing career, performing with professional ensembles around the city of Columbus.  In March 2020 she will join the Capital University Choral Union on the Carnegie Hall stage in a performance of Ralph Vaughn Williams’ Dona Nobis Pacem.  She lives in Columbus with her daughter, Harper, and their cat, Laverne.