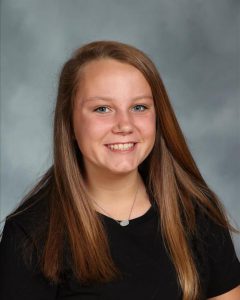 Annamarie Bayer (Gymnastics) is January’s Athlete of the Month. Annamarie has been consistently contributing to the gymnastic team’s score in all 4 events. She scored a season-high on the balance beam with a score of 8.9. Annamarie helped lead the team to a 3rd place finish at Worthington Kilbourne. At every meet this season she has been one of our top finishers and was also voted Gymnast of the Meet by her Teammates. Congratulations Annamarie! 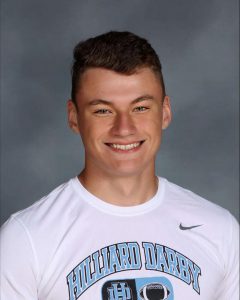 Blayne Barnes (Wrestling) is a Junior Member of the Darby Wrestling Team. Blayne has a 12-3 record, so far, in the month of January including three wins over State ranked opponents and winning the championship at the Porter Memorial Tournament in the 220lb. weight class. In December, Blayne won the Championship at the Big Walnut Invitational and took 8th place at the infamous Medina Invitational Tournament. Blayne is a returning District Qualifier.